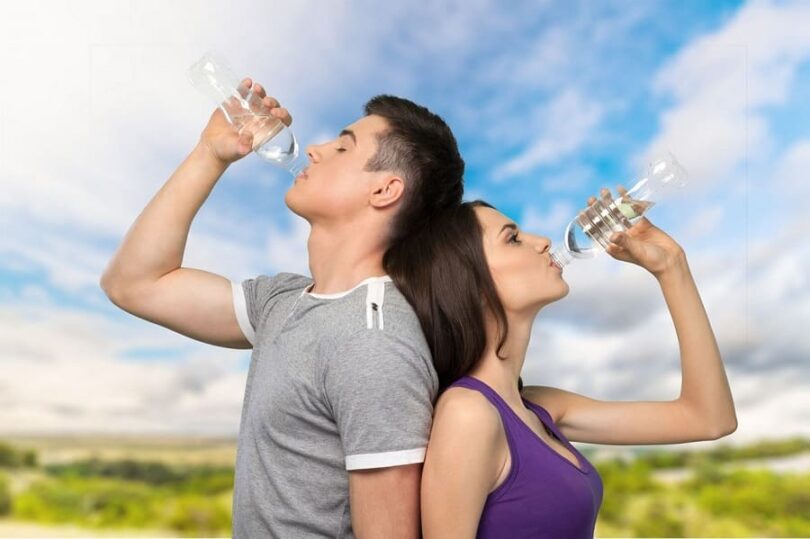 For many years we have been told to consume more water as possible to keep our bodies healthier because water is an essential element that acts as a lubricant to many chemical processes in the body. Yes, that is true that water is vital for our body. However, too much of a good thing is just bad. This has been evidenced by many people who drank so many liters of water in a short period of time not knowing of the danger of water poisoning. Some recommendations of drinking too much water were not supported by any empirical studies.

In other talks, it is recommended that we consume 8 glasses a day. This depends on the nature of any person and the activities they do. It is undeniable that water is an element and nutrient that our body needs for its optimal metabolic functions. We are expected to have sufficient amounts of water in the body for health purposes but not in excessive amounts as others have perceived.

Too much consumption of water has been proven to give birth to what we call being poisoned by the water. It is interchangeably called water intoxication or over-hydration. This life-threatening condition can be lethal if left undetected and untreated for a long time. Many death cases have been reported previously after the condition turned severe. This article serves as a comprehensive guideline to equip you with the knowledge about this condition and how to stay out of danger.

Who Can Be Most Affected by Water Intoxication?

Almost everyone, not erring on the side of caution can be most adversely affected by this lethal condition. Predominantly, the disease is said to prevail in sports people, labor-intensive employees and others with pre-existing medical conditions such as advanced diabetes and schizophrenia mental disorders. 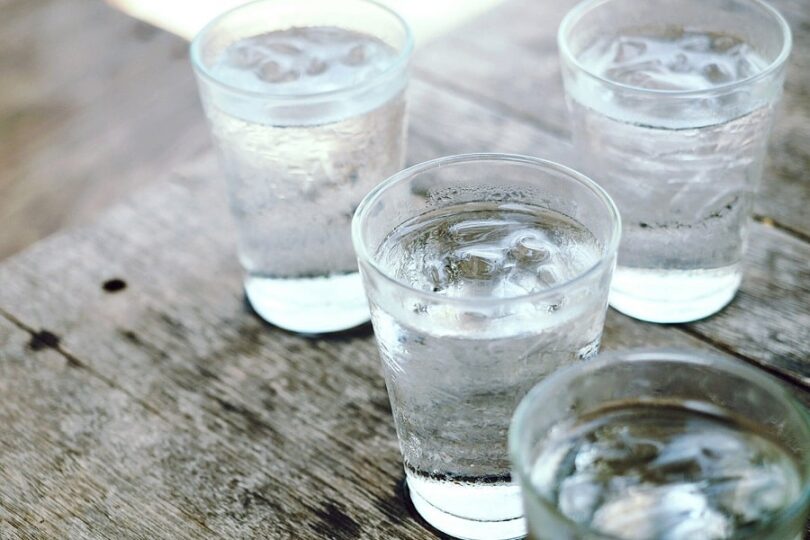 These people are most affected because they tend to release more sweat and then consequently need more water to ease their dehydration. The sweat released, depending on the exercise or activity undertaken, contains large amounts of salt and water. Any excessive amount can be detrimental to one’s health. You can check out our piece on ways to stay hydrated to stay safe.

If salt is lost, there will be an imbalance in the body which can complicate the body’s biological processes. When water is lost, it can also be severely dangerous. Dehydration causes many people to drink more water to rehydrate.

That action in itself has been proven to be dangerous more especially when people drink more liters or gallons of water in an hour compared to spreading the liters throughout the day. Unfortunately, the kidneys can only excrete a certain limit of water a day, and that is approximately a maximum of 28 liters or 7.4 gallons.

This limitation limits people to over-consume water. Adults and children are advised to carefully restrain themselves from over-hydration which results in the disease hyponatremia.

What Is Water Intoxication?

This is a life-threatening condition associated with excessive consumption of water that causes a significant reduction in electrolyte levels such as sodium in the bloodstream. The medical term often used interchangeably with this condition is called hyponatremia.

Water intoxication cases can range from mild to severe with associated symptoms. The worse symptoms can be a manifestation in coma, seizures, and death.

Water intoxication cases have been countlessly reported around the globe with many people losing their lives. It saddens when the majority of people suffer from this illness unknowingly. Many people have only been told about the paramount importance of drinking lots of water, not about the disadvantages of excessive drinking. 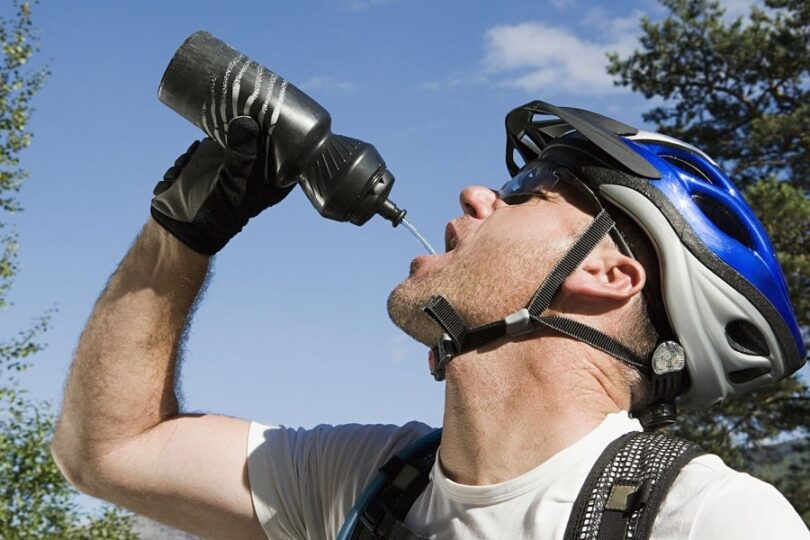 Poisoning of water results from this lack of knowledge because they end up drinking so much more than can be excreted by the kidneys, thus causing sodium imbalance in the body. Poisoning of water can also result from water retention in the body as well as excessive ingestion of water.

The Dangers of Water Intoxication

The foremost information is that many people have already lost their lives due to the severity of water intoxication. The mild dangers of this condition are treatable without the need to consult with the specialized doctor.

If water poisoning-related symptoms such as diarrhea, nausea or dizziness are detected, you can stabilize that condition by replenishing sodium with drinks that contain sodium and by limiting excess water intake.

In cases where the dangers are life-threatening, you must visit the doctor instantly. The symptoms of water intoxication are often misinterpreted with the symptoms of dehydration or a heatstroke.

This misinterpretation leads to advanced stages of dangers because then people continue consuming more water in an attempt to alleviate their dehydration. The severe danger of this condition leads to death. The major damage done is when it leads to the dysfunction of the brain cells.

Excessive water weakens the concentration of sodium, thus causing movement of water from outside into the cells to cause them swell. Other dangers include seizures and coma.

What Are Water Poisoning Symptoms?

It is important to notice the symptoms in order to employ precautionary or remedial measures to curb hyponatremia from advancing. 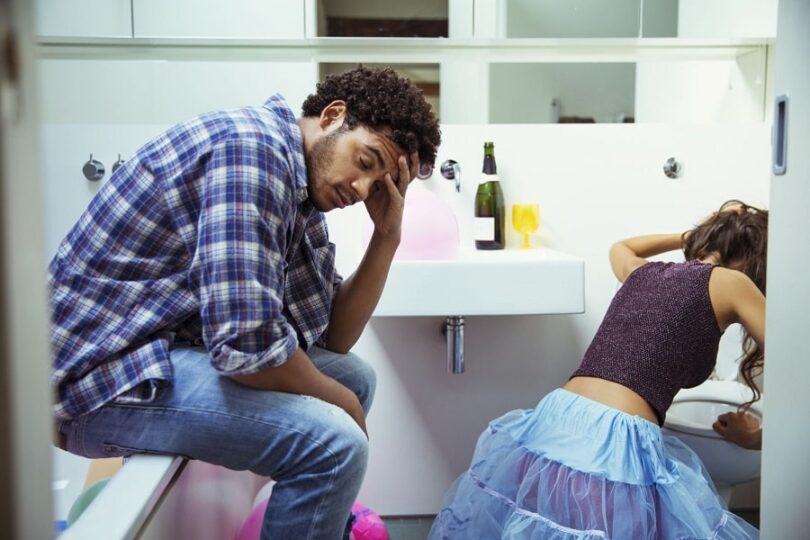 Not everyone may react the same way to this condition, but most common initial symptoms that occur when the sodium level is below 130 mmol/L include the following:

There are other symptoms that can be seen at a later stage when the sodium levels in the blood have dropped significantly lower than 105 mmol/L. These ones indicate the severity of hyponatremia and demand immediate medical attention. If left untreated, they can worsen to yield death results. They include the following:

The list of mild and severe symptoms of water intoxication can extend even more. It all depends on the type of person, pre-existing medical conditions and amount of electrolytes lost as well as amount of water taken.

It is, therefore, important to scrutinize each and every symptom you suffer from in order to see if it is not related to this condition. Early detection enhances chances of curbing hyponatremia without further complications.

What Are The Causes of Water Intoxication (hyponatremia?)

The causes of hyponatremia can be attributed to the imbalance of sodium in the bloodstream compared to the excess water consumed or not excreted. Not only athletes or workers are most affected but also everyone involved in an uncontrolled drinking of water. 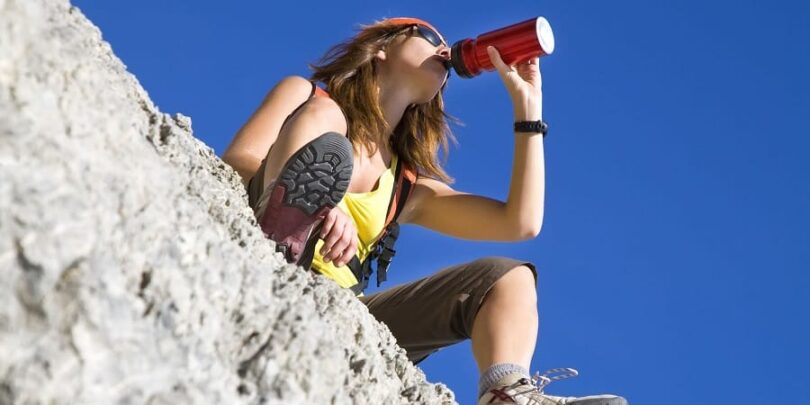 Water intoxication can emerge as a result of malfunctioning of body organs or body processes in excreting enough water from the body. Mentioned below are some of the causes of this fatal condition.

There are relatively many causes that can lead to hyponatremia (water intoxication). The best way is to be vigilant of the transpiring early symptoms that signal the possibility of water intoxication.

The treatment of this condition will then depend on the severity of the symptoms seen. People are advised to act as quickly as possible to the symptoms to prevent advancement of the condition which can be lethal.

The treatment of water intoxication depends on the level of complexity of the symptoms seen. For mild symptoms, for example, one can be treated at home by reducing the intake of fluids. The advanced stage of hyponatremia requires medical attention in a healthcare setting. 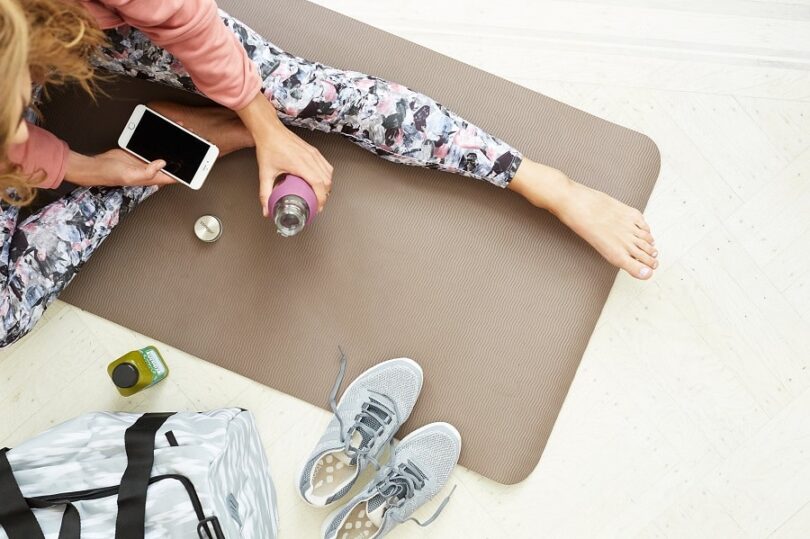 On arrival to the healthcare facility, doctors will perform various tests using either urine or blood samples to verify the symptoms if they belong to over-hydration.

Medical history also helps doctors in diagnosing with ease the symptoms. Among other treatments, the following apply:

There are numerous treatments used in hyponatremia treatment informed by the nature of the patient. Not everyone may be treated equally.

The best way to prevent the occurrence of this fatal illness is to instigate precautionary measures which include reduction of excessive water intake. The most affected victims, viz. athletes, outdoor activists, employees in power-intensive jobs and sportsmen, should be acquainted with these precautionary measures.

Often the inexperienced athletes were found to be the most victims of over-hydration. They simply do not have a proper planning of drinking too much water.

If you want to consume water during your exercise of which you have to, you are advised to drink before or during your activities to prevent a prompt consumption of massive amounts of water thereafter. Excess water is best drunk in glasses distributed throughout the exercises undertaken.

It is recommended that you do not drink more than 2 liters of water in an hour. Allow your kidney to excrete the amount of water it can manage in an hour without overloading it.

Because too much sweat is lost during intensive exercises which then lead to a reduction of electrolytes like potassium and sodium in the body. You are advised to replenish such minerals to enhance their concentration.

Reduction in the content of sodium prompts absorption of more water into the cells and the brain, which will eventually lead to swelling of cells. The swelling of cells manifests as coma, death or seizures. 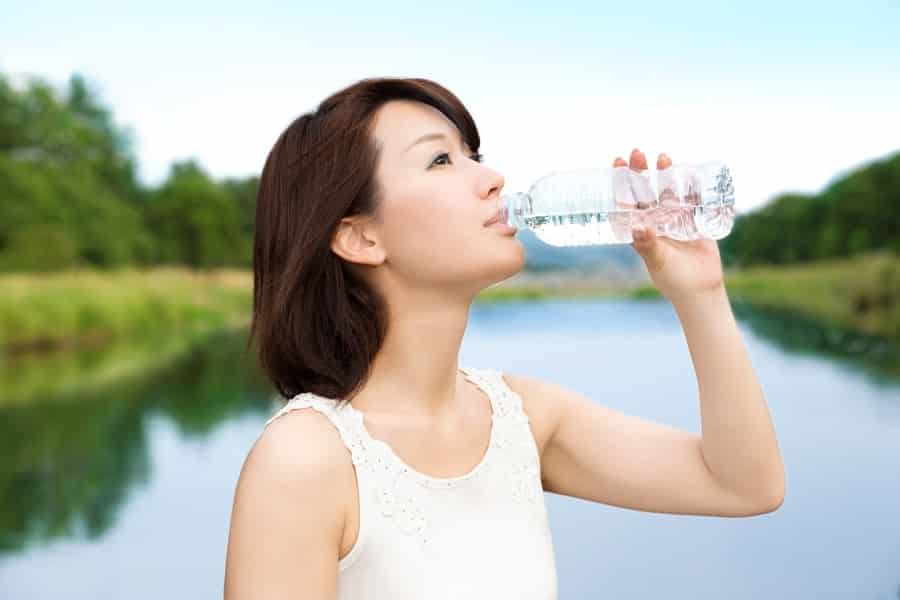 Patients with known underlying medical conditions should be vigilant of hyponatremia. Their illnesses could also prompt uncontrolled thirst that could lead to over-hydration.

Before these people embark on intensive exercises, they need to communicate with their medical professionals to assess if their actions cannot be adverse. These include patients with sugar diabetes, heart failures, and blood pressure.

Pregnant women are also included in this exclusion. They tend to have more blood, which then requires more concentration of electrolytes in balance with fluids. That being said the sufficient amount of water should be taken.

Furthermore, on the prevention of water intoxication, people should abstain to some water contests wherein people compete with drinking too much water. There are reported cases where such contests have ended in vain.

Health professionals often recommend the consumption of 8 glasses of water throughout the day. Do not exceed this recommendation. Poisoning of water regularly happens when you drink too much water in a short period of time. To find out how long the body digest water, see our previous piece on this crucial topic.

To prevent severe dehydration and over-hydration, you must avoid outdoor exercises that are too intense. This is done to limit the amount of sweat excreted during those exercises. Obviously, you will be compelled to drink more water due to an inevitable thirst. See our article on the best hydration drinks for more options.

What Have We Learned?

In conclusion, water intoxication is a controllable condition if detected early. If weird symptoms begin to emerge, you must act quickly for medical attention. If left untreated, the condition could be lethal whereby the patient can demise in a few hours. 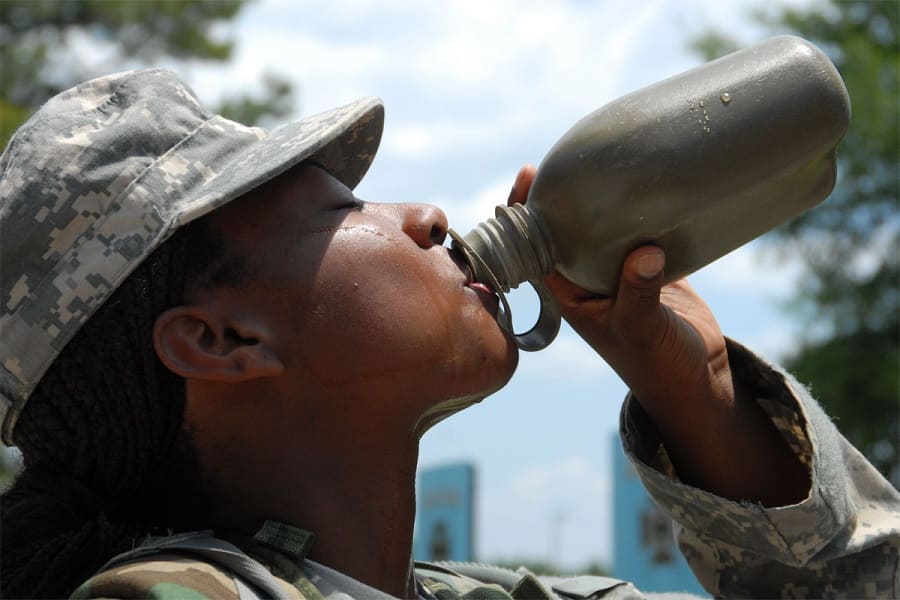 To err on the side of caution, you must abstain from over-consumption of water in a short period of time. When exercising, you must make it a point that you drink water before and during your exercises not only when you are done with the exercises. Energy supplementary sports drinks are helpful in replenishing the sodium lost in too much sweat.

For more information on water intoxication, see our must-read article on this topic.

We hope that you found our article informative and useful, and if you have more questions, please feel free to leave a question, or questions, in the comments section below, and we will give our best to give you a proper answer as soon as possible.