For centuries, bears have known to attack humans with early day explorers narrating horrible experiences with them. In the early days, there was a funny story that went around among the Yukoners and Alaskans.

They believed that bear and humankind were closely related. Despite this assumption, they knew that bears could be dangerous. They, however, thought that if you met with a bear, you needed to raise your hands on your head and talk to the bear “Hello brother bear, I didn’t mean to agitate you. I will move from your territory now and leave you in peace.”

After this, one would slowly walk away from “brother bear” unharmed. When this legend seemed to work, it is a dangerous move.

Identifying The Different Types of Bear

An encounter with a bear is a terrifying confrontation you can experience during your camping or exploration expedition. Your approach on how to survive will depend on your ability to identify the bear and its attitude towards you.

Your speed and disposition to protect you from the animal will also determine how you will come out of the confrontation. Below are types of bear and their characteristics.

The black bear- this is the smallest of all bear species, and their color can range from black to blond. It’s more of a scavenger than a hunter and, therefore, found near humans. His love to live near man is probably brought about by the fact that he can easily find something to eat from man’s leftovers. This fact has also led to him not being afraid of humans. 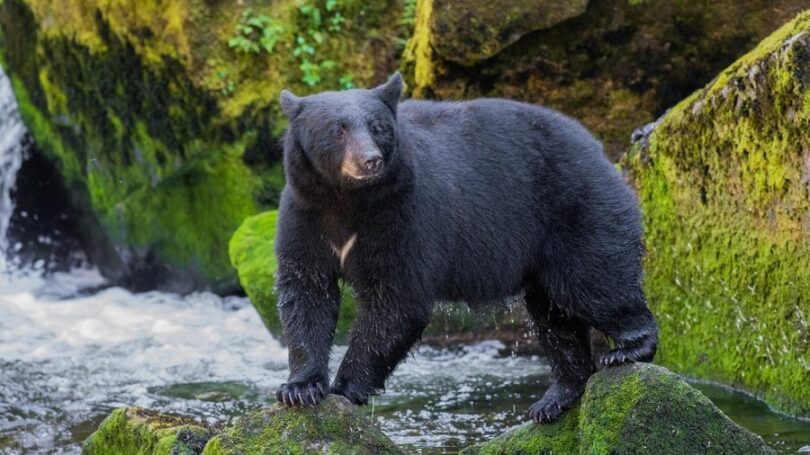 The black bear will rarely attack you unless he confuses you for food, thinks you have food or suspects that you are rogue. To know you are dealing with a black bear, look out for the following features;

The grizzly bear- this bear is apathetic to humankind and has no fear towards the man at all. It is huge in size compared to the black bear but a little smaller than the polar bear. He is, however, very unpredictable as he can either run away for seeing a man or decide to attack. 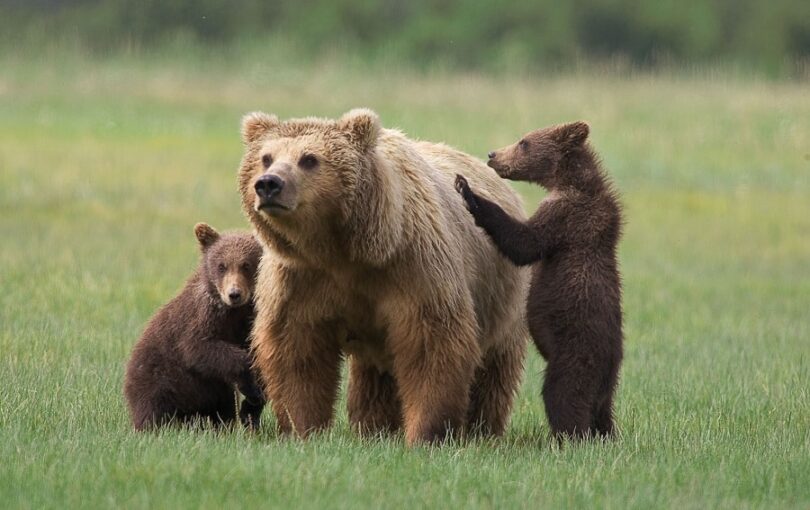 There is a difference in size between the coastal grizzly bear and the interior area bear, with the coastal one tending to be larger. You can recognize the grizzly bear by the following characteristics;

The sloth bear- these bears mostly exist in the Indian subcontinent. They are the evolved species of the brown bear and mostly feed on termites and other insects. 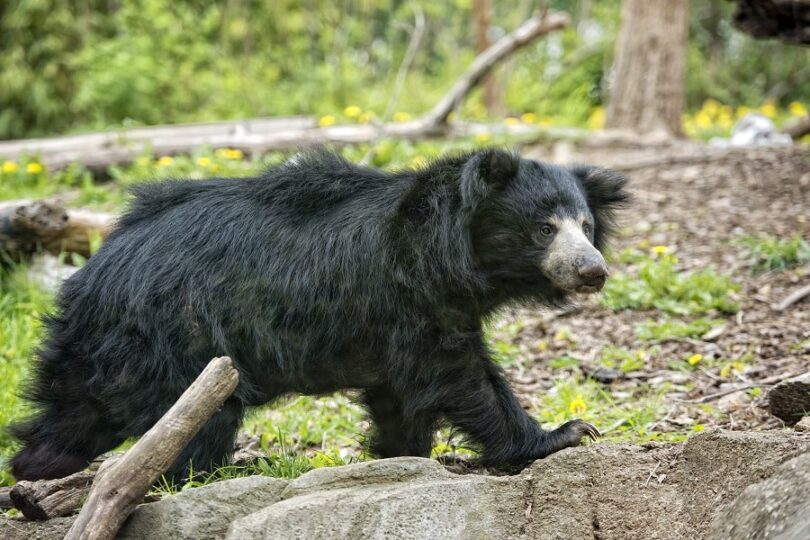 These types of bear are rarely known to attack humans but can do so in the case of territory invasion. Characteristics that make them recognizable include;

The polar bear– this is the largest and deadliest of all bears. It has adjusted well to living in cold waters, snow and ice hence making him familiar in the Arctic Circle. This habitat makes seal his first food.

However, at times he can cunningly stalk and attack humans. 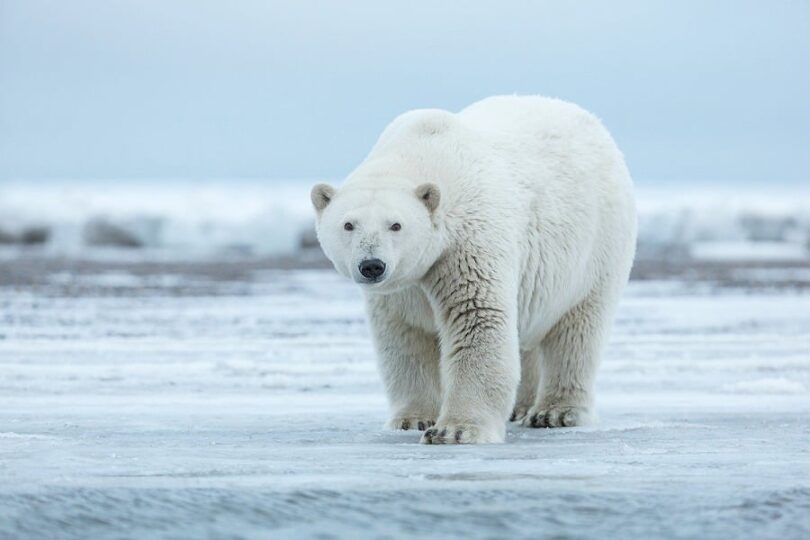 You can know you are dealing with a polar bear by checking out the following characteristics;

What Would Prompt A Bear into Attacking You?

As we have seen from the four species of bear, other than the polar bear, the other three will rarely attack you. We, therefore, need to look at what is it that prompts a bear to attack you.

This information is important in helping you not trigger the animal into coming on to you. You will also know the bears’ reason for attacking you, either offensive or protective. A bear will attack you if;

For other tips and tips on how to avoid other wild animal attacks, see our article on this topic.

How to Avoid A Bear Attack

There’s an adage that goes “protection is better than cure.” Avoiding a bear attack is wiser than having to deal with it when it attacks. 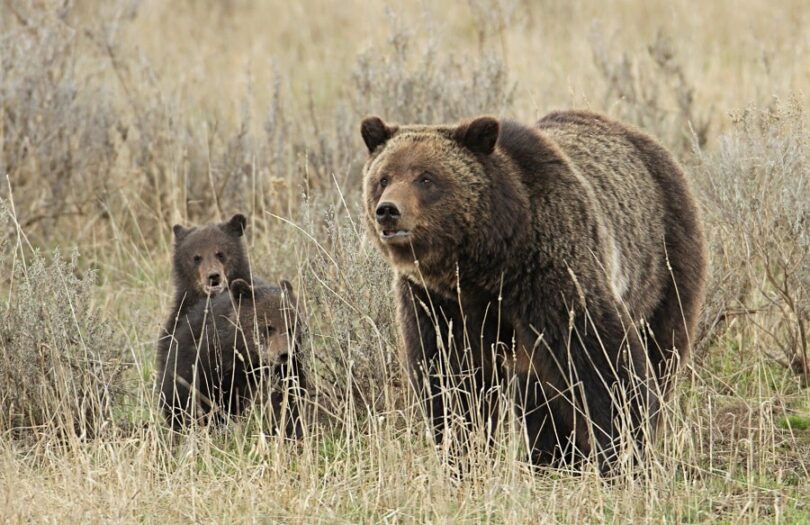 You can avoid an encounter with these dangerous animals by doing on of the following;

What to Do in A Bear Attack

So, you have tried all the above measures to avoid a bear attack but still you get an encounter with one. 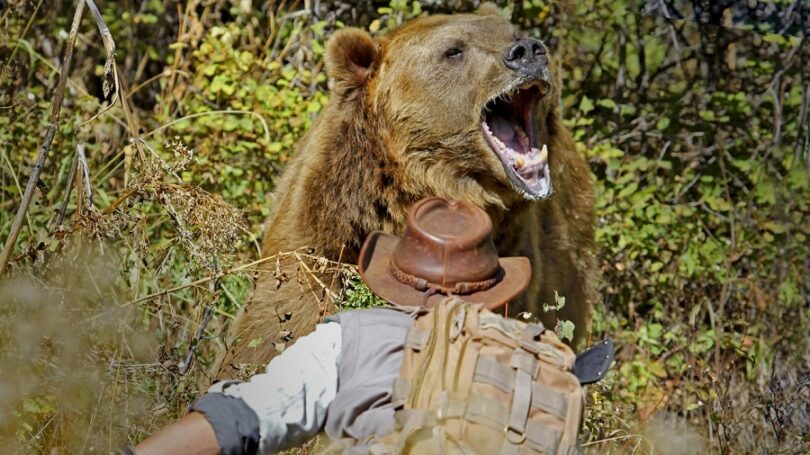 It won’t be a “hello brother bear” kind of a meeting. You, therefore, have to be smart how you handle it.

How to be Prepared while Hiking/Camping in Bear-Prone Areas

If you love fun and enjoy outdoor activities, bears should be the last thing to deny you the opportunity. 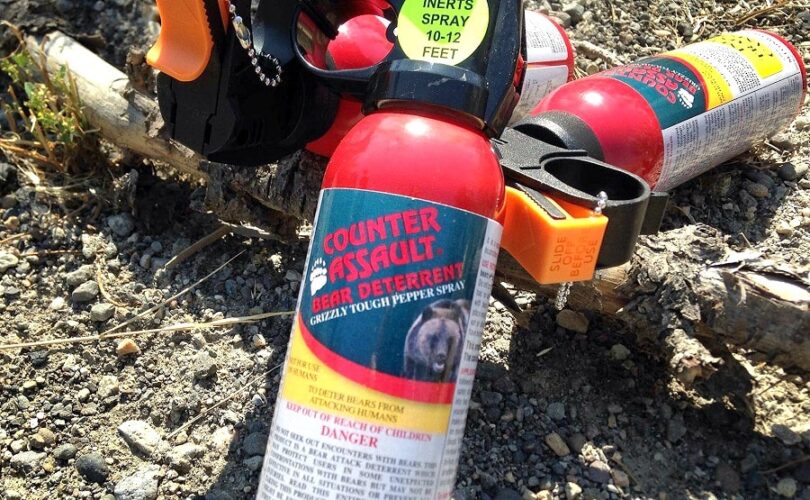 The secret is to go prepared that an encounter might happen.

Our article on the top pepper sprays to ward of potential bear attacks will be an eye-opener for you, so check it out.

You can easily avoid a bear attack by using one of the above measures. However if no matter how careful you are you still encounter one, use the tips discussed above to protect yourself. 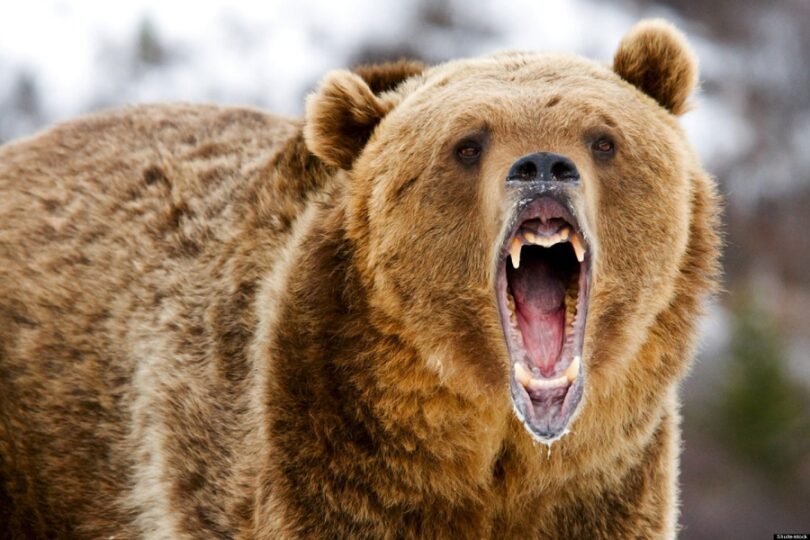 While under a bear attack, never try to use a gun to protect yourself. Using a gun might get you in conflict with the wild animal protection unit as well as make you prone to getting serious injuries. Statistics from previous encounters have shown that people who try using a gun against bear get more injuries than those who use bear spray.

You should always know when to play dead and when to fight back. With the black bear, playing dead is never a good choice. The grizzly bear, on the other hand, requires that you play dead no matter how much it provokes you.

For more safety tips and tricks during your camping trips, see our invaluable article on this topic.