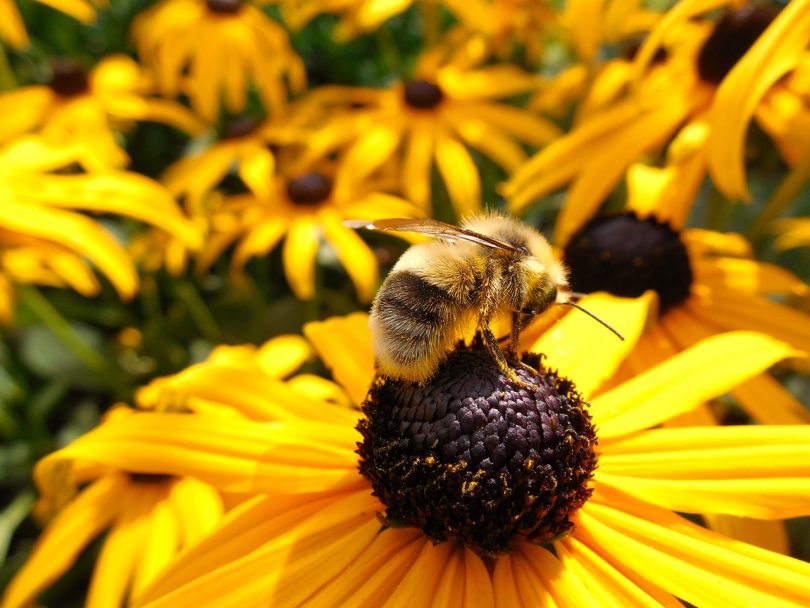 Insect stings are not such a common occurrence even when hiking or walking in nature, however, it is best to have some knowledge about them, and bee sting remedies in particular.

Most times, if anyone is stung, there is nothing to be very concerned about, however, stings do cause varying degrees of reaction and the most severe can be life threatening. Let’s look at how you can treat a bee sting with confidence in different situations.

Prevention is better than Cure

Prevention is better than cure, so, if you are in an area that has a lot of bees, there are a few precautions you can take to reduce the risk of being stung. 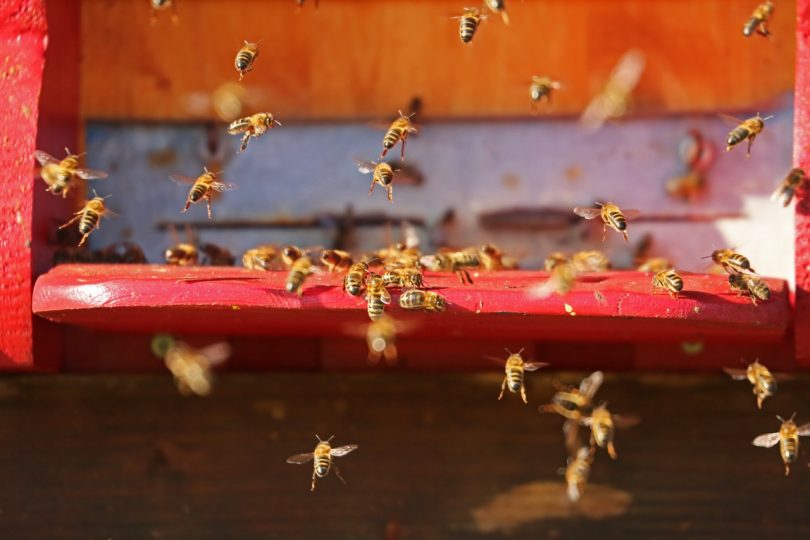 How can something so small cause so much pain? Even if you do not see the insect that stung you, you will usually be aware of it instantly because of your immediate reaction to the pain it causes. If you do get a chance to identify the insect all the better so you have an idea of what any further action is to be taken.

The initial pain can be anything from mild, temporary discomfort, through to intense pain, to severe allergic reactions. But be aware that different insects may cause different reactions in each individual person for each subsequent occasion. 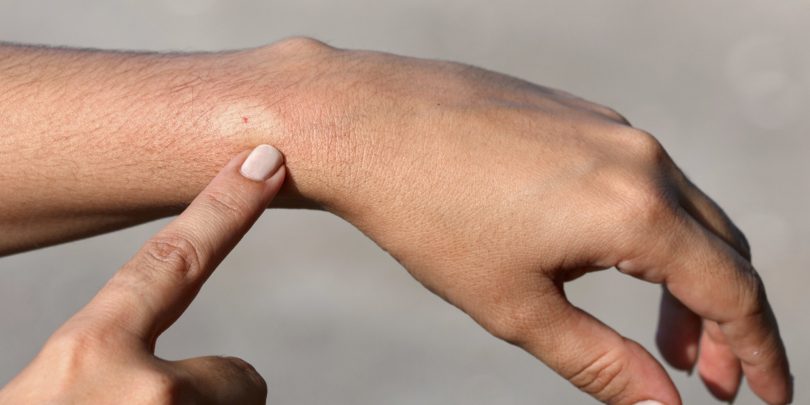 What happened last time may not be the same this time, which is one of the reasons anyone should have some emergency responder skills. It is imperative to at least watch for immediate severe reactions as they will require immediate medical assistance. Mild to moderate reactions are not life threatening.

A severe allergic reaction, called anaphylaxis, can be life threatening:

Ascertain where the person has been stung. This should be relatively easy as there will be some level of immediate pain at the sting site. 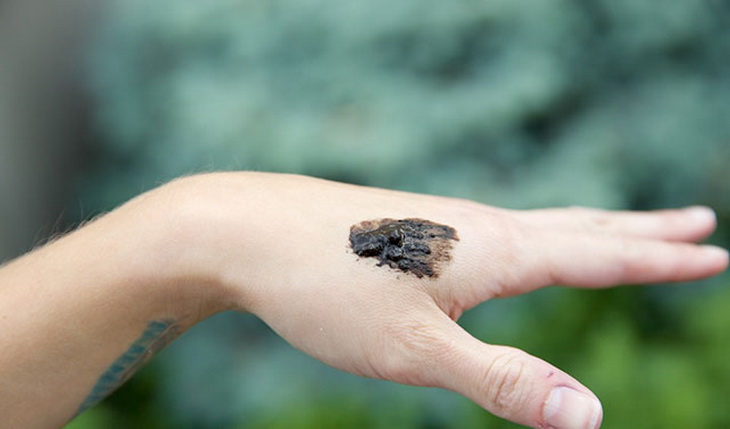 When it comes to “home remedies” for bee stings it is wise to be cautious but some may help.

Make sure you read our article on bee string treatments to stay proactive and safe. 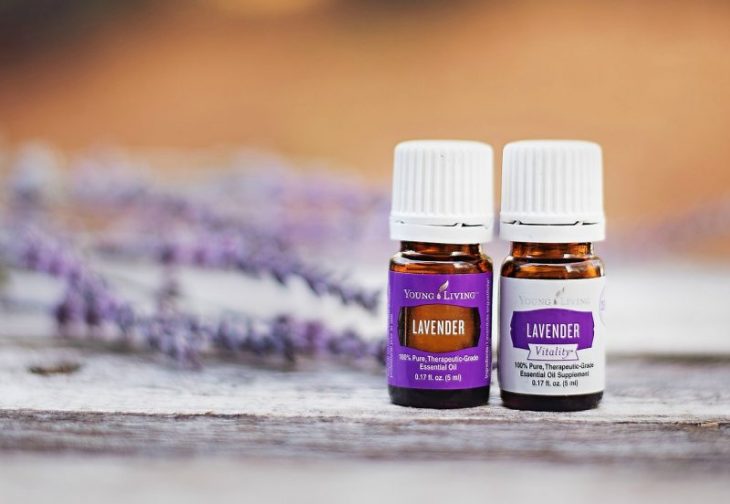 If the victim is showing other signs of physical stress soon after the sting you will have to consider seeking immediate professional medical aid.

If there are signs of severe allergic reaction as mentioned above, the result may quickly become life threatening, so immediate evacuation for medical assistance should be taken. An allergic reaction may require emergency responder skills which at least one person in a hiking group, but preferably everybody, should have.

Symptoms may include very low blood pressure, swelling and, possibly, blockage of the trachea. During an anaphylactic attack, the victim’s heart may stop beating so group members or bystanders may have to administer cardiopulmonary resuscitation (CPR) in the hope of keeping the blood circulating and maybe restart the heart.

Medical response may be to administer intravenous antihistamines, steroids and adrenaline in the form of epinephrine. The victim will most likely be admitted to hospital for further observation over a prolonged period of time. 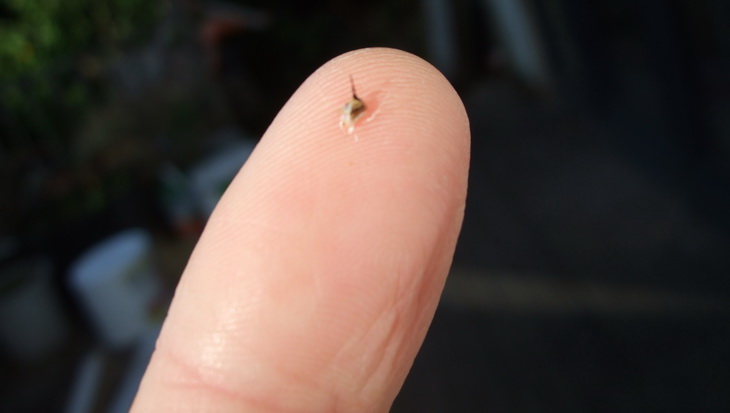 Most people who know they are at risk also carry an emergency epinephrine autoinjector that can be simply injected by the victim or by another person. An autoinjector, is a combination syringe and short needle that is injected as a single dose into the thigh – very easy to administer.

If you do carry it in a First Aid kit, check the expiration date regularly. People at risk should also consider wearing a medical alert bracelet to indicate their allergies to bee or other insect stings.

People who do suffer a severe allergic reaction have a strong chance of 30 to 60% chance of repeating the anaphylactic response if stung again. It would be wise for those at risk to take medical advice before venturing into the back country or anywhere where medical assistance is remote. There are preventative measures that can be taken with immunotherapy.

These series of shots, usually given over a few years, can reduce or even eliminate allergic responses to bee venom. An emergency epinephrine autoinjector is also a wise addition to any First Aid kit should you likely to be in any vicinity where bees are foraging and forming hives. 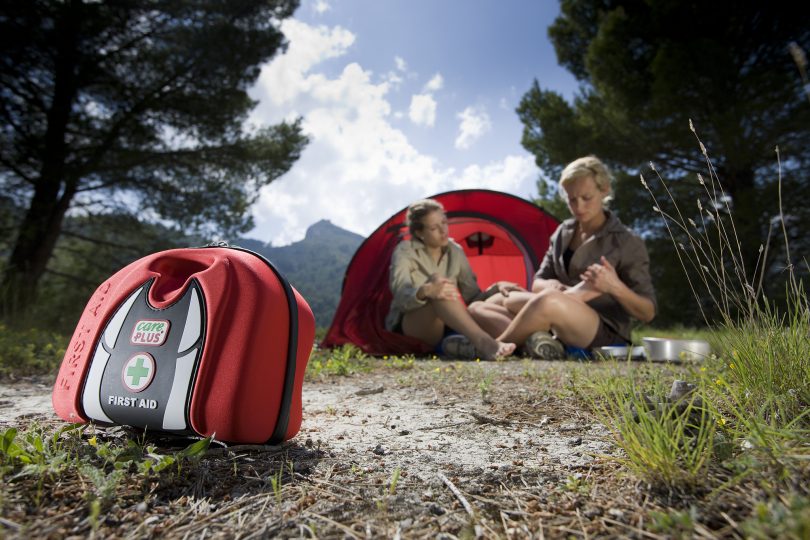 If any victim receives multiple stings it would be wise to seek medical advice as soon as possible as well. Multiple stings from between 10 to 20 may not provoke an initial allergic reaction, however, there complications could still develop so best err on the side of caution. Victims will often be kept under observation and various blood tests be taken.

Also, if the victim is stung on the lips, mouth or throat it is best to seek medical advice as these areas could swell and make breathing difficult over the following hours. For prevention, read our article on the best attire for hiking to protect yourself from bites and stings.

The Nature of Bees

There are more than 20,000 species of bees in the world, but humans usually only interact with a few of them, mainly honey bees, bumble bees, and carpenter bees. In many ways we should be grateful that there are bees around to sting. They are such important insects in nature that if they were to disappear from the planet, all plant and animal life would be threatened with extinction. 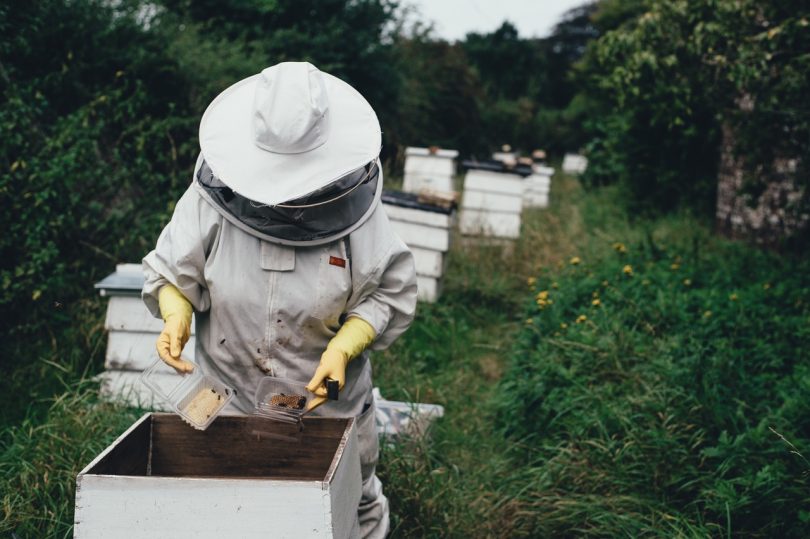 Bees like most animals are not aggressive in their normal behavior. Different species live together in harmony y most of the time. Even predators and prey share the savannah and it is only when the former are hunting for food or protecting territories is there any aggression.

Likewise bees will mostly ignore humans while they are gathering food and only sting if they are provoked, usually by accident. Honey bees have bred to be quite docile by apiarists who prefer to care for peaceful hives. But they’re more aggressive species of bees and some variants have interbred making for more aggressive behavior.

Some Stings have more Bite

Honey bee stings have the barbs along their sting which rip out of thin substances like other insects and the bee comes to no harm. Not so lucky for the other insect though. However, in the case of human skin the barbs get caught and hold fast so that as the bee tries to fly away, it literally leaves the sting and part of its abdomen in the skin. That bee is essentially toast and will die within minutes. Not good for the bee, but not good for the human either.

The stings are so effective that even though the bee has departed to die, the sting will continue to work its way further into the victim’s skin and continue to release venom. That is why it is necessary to get the sting out as soon as possible. 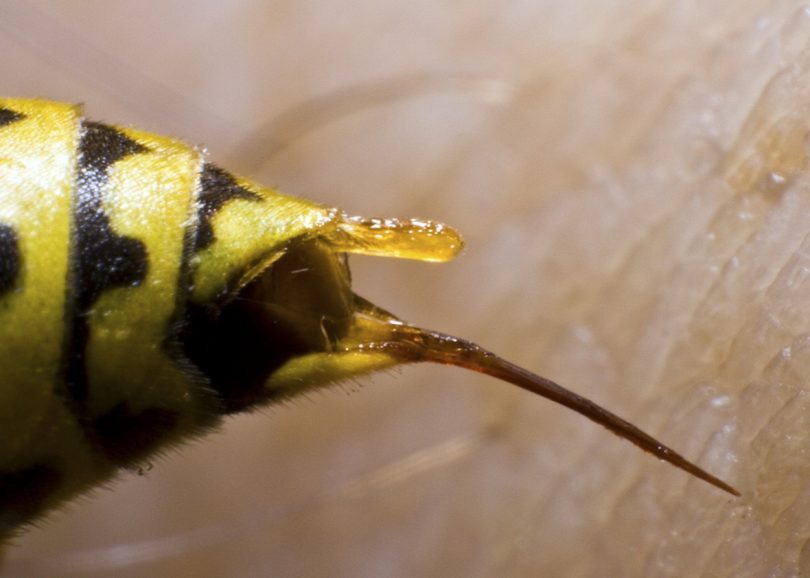 The actual amount of poison injected by a honey bee is usually very small, something between 5 and 50 micrograms of fluid. The main substance that causes the pain we feel is the apitoxin melittin, which is colorless and made up of particular proteins. Some histamines and other amines may also cause some pain and itchiness. A healthy person can actually withstand about ten stings per half a kilogram of body weight unless they are allergic to the toxin. 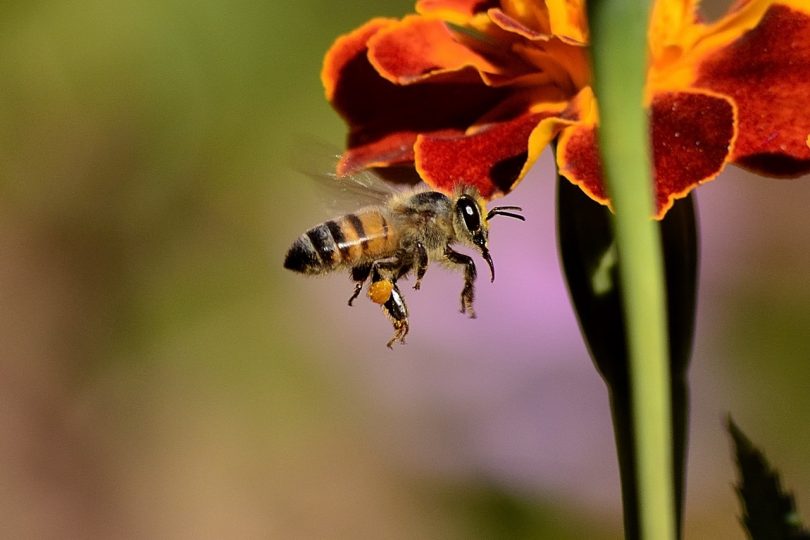 When it comes to honey bees it is only the worker bees that will sting. The male drones are usually just hanging around the hive, waiting for a chance to impregnate the queen but they have no sting.

The queen never leaves the hive under ordinary circumstances and although she has a smooth stinger she only uses it to kill prospective rival queens. When hives are swarming, looking for a new hive they are usually non aggressive as they have no territory or hive to protect.

If the bees do sting or many insects start to fly around you, cover your mouth and nose quickly and retreat from the area as quickly and calmly as possible. If a bee stings, it releases a chemical called pheromone that alerts other bees to danger and they may come to attack. If you can, get into a closed vehicle or building immediately.

Being brave little creatures, bees will seek out the monster in their midst and come to attack even though they are essentially committing suicide by stinging. Honey bees are the only ones that injure themselves by stinging though. Before long there is more and pheromone flying through the air and even more bees will come to attack. 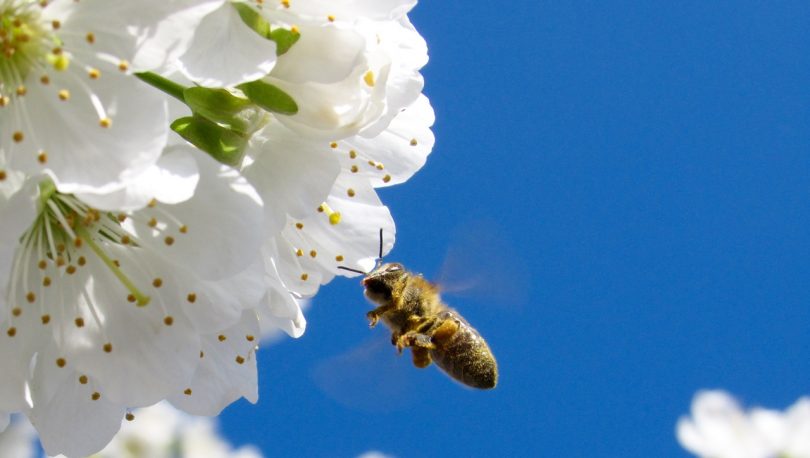 I was once stung by a bee that got entangled in my hair. I couldn’t see what it was but certainly felt the sting. Seconds later other bees were swarming around my head, but luckily I was not far from my car and got in and closed everything up quickly. I had already been stung a few times and the welts took some days to go away. Not a pleasant experience!

Pheromones do not wash off easily nor do they dissipate quickly so take care to get rid of as a much as possible. If you dive into a pool or river, the bees will continue their attack if they smell the pheromone again when you get out. Apparently this alarm pheromone smells a little like bananas. Wonder if that is where the expression, “going bananas” comes from?

So, you can see that bee stings are usually easy to treat and bee sting remedies are simple to apply even in back country situations. Problems only arise when an individual has a severe allergic reaction which can quickly become life threatening if medical treatment is not available. If there is any possibility of this or there is an unknown aspect, it would be wise to ensure any emergency kit contains at least one up to date epinephrine autoinjector. Better to have it and never have to use it than vice versa.

I would also urge anyone to take a certified Emergency First Responder course and stay current with methods for CPR and resuscitation. Those skills may be life savers at any time and place.

For more information, see our list of medical essentials that should be included in your first aid kit. 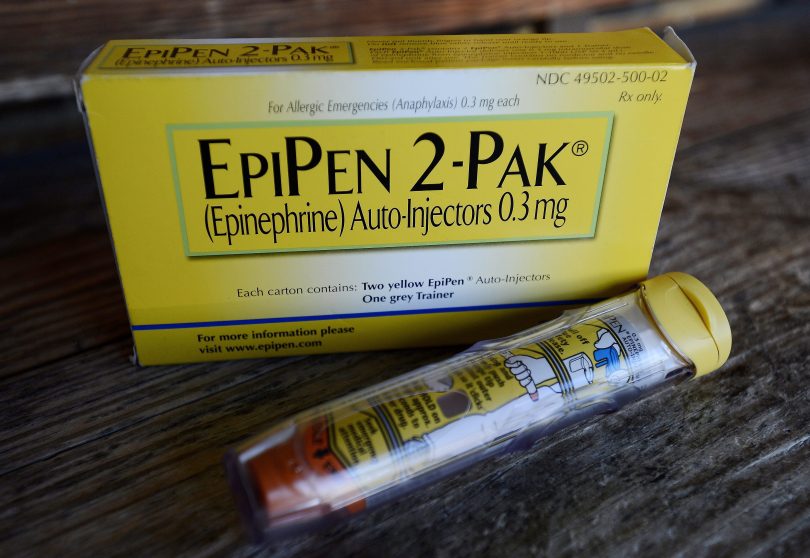 We hope that you found our article useful and that you will share it on social media so that your friends can learn how to avoid and treat bee stings. Also, if you think that we forgot to mention something important, feel free to let us know by leaving a comment in the comments section below.