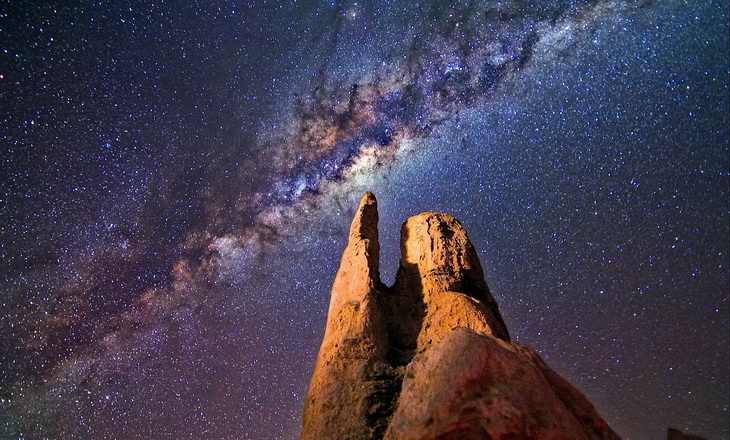 Our ancient ancestors figured out the mysteries of the stars long before any technological advancements that have made modern life so easy.  As early as the 7th century BC, or about 2,700 years ago, ancient Grecian myths and stories account for a number of recognizable constellations. These same constellations are recognized (and utilized) even today.  Sailors and early explores heavily relied on the position of the sun and stars to navigate their ships.  Early philosophers, poets, scientists and mathematicians looked to the stars for answers.

Pythagoras was the first to write a proof for his defining mathematical theory using the stars.  Plato wrote a book speculating early on about the rotation of the planets and the Earth.  Ptolemy published a book on the order of the planets in their special relation to the sun, the very same order which was recognized and used until recently, when Pluto was demoted from planetary status. 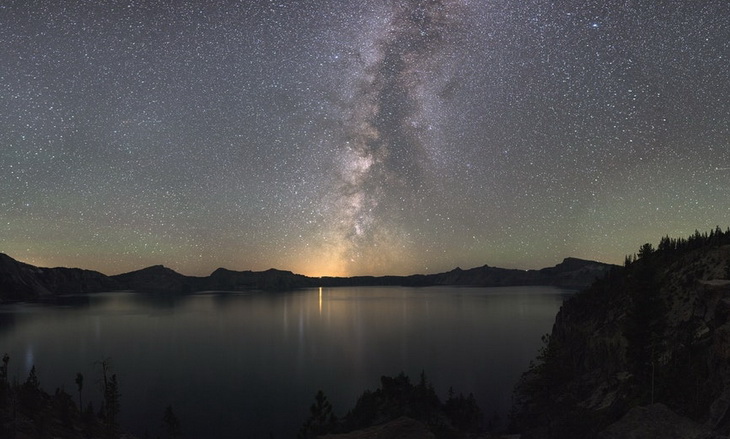 Star navigation can be a life saving skill if you find yourself lost after dark.  If you are lost without a compass, GPS, or other navigation system, if you know how to read the stars, you can navigate back to safety with the oldest method known to man.  As you learn to read the night sky, you will learn how to find your way, no matter where you are.

As you head out into the wilderness, you always want to be prepared.  However, the unexpected expectedly seems to happen more often than not.  Perhaps you’ve run out of batteries for your headlamp, your phone battery died, you need to alter your night hike, or whatever the reason may be, if you find yourself out at night, knowing how to get to your destination without the use of any devices can potentially be life saving.  Relying on the stars for navigation will be your most reliable source, you don’t have to worry about malfunctions or battery life! 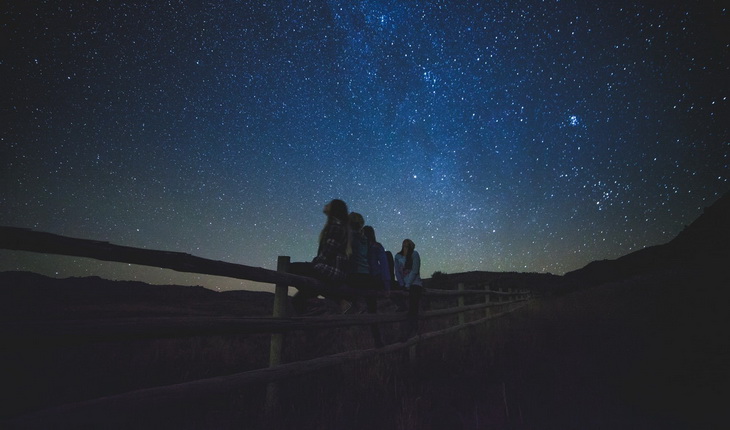 Always know which direction your starting point is, or the nearest safe spot.  If it’s your campsite or car, always know which direction you started from.  I.e. if you set out toward the setting sun, this means you are walking westward.  If you need to return to your starting point, you need to head east.  Your situation will often be a bit more complicated than that, as you probably are not walking true to one direction your entire hike, but it can still give you a general direction to head back to. See our piece on the best survival watches to ensure that you always stay safe on the trail.

Reading the stars is a bit more complicated than reading a book. As the Earth rotates on its axis, the stars appear as if they move across the night sky, sometimes making it hard to memorize where you will see the telltale constellations.  As the Earth orbits the sun, changing with the seasons, the location of the constellations in the sky will change with the seasons as well. Some stars are only visible during winter or summer, some are only visible for a short time before the sun reappears.

It can be difficult learning to read the sky if you aren’t familiar with any of the constellations.  Here, we suggest a number of ways to get you started in recognizing some of the more easy to spot constellations. Let’s first go over a couple strategies for navigating by the stars, regardless of where you are, what season it is, and even if you don’t know a single name of a constellation or star in the sky.  Again, you do not have to be familiar with the constellations in these first two methods in order to navigate by the stars.

Methods to navigate by the stars

This method can be a bit more time consuming and requires scavenging for some materials, so you’ll have to be patient.  It will, however, work no matter where you are in the world. 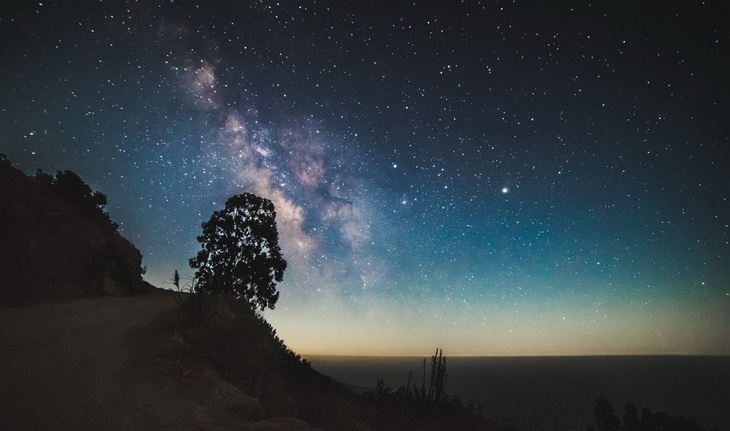 This method is useful only if you have difficulty identifying the constellations, and only if there is a crescent moon in the night sky.  The moon will look appear in a crescent shape (sometimes referred to as a ‘fingernail moon’) in both the waxing and waning phase, as it is closer to the sun.  The moon appears full during its orbit when it is closest to the sun, which is why we have a full moon about once every month.

The crescent shape is only present in the night sky before and after a full moon, for about a week as it either orbits away from or approaches the sun.  If the moon is too close to a full moon, this method will not be possible to find your direction. 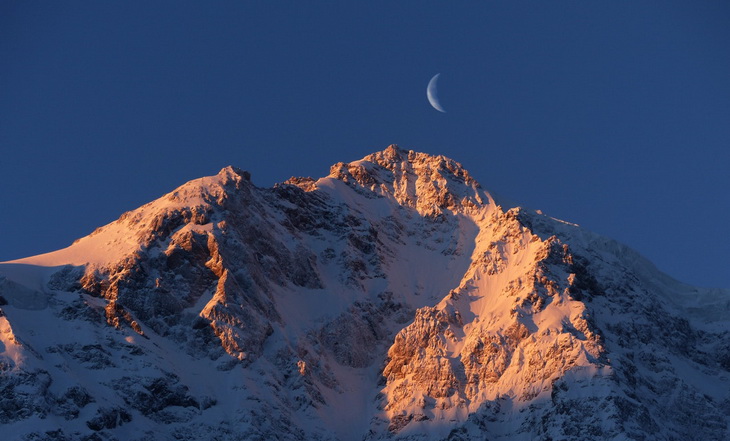 This is the more traditional method for navigating by the stars.  Finding Polaris, one of the brightest stars in the sky, will point you in the direction of true north.  It is situated almost directly in line with the celestial North Pole.  It is only visible in the northern hemispheres.  In Southern hemispheres, you can use a similar method of star navigation with a different constellation.  Read on in the Locating Crux section for southern hemispheres. 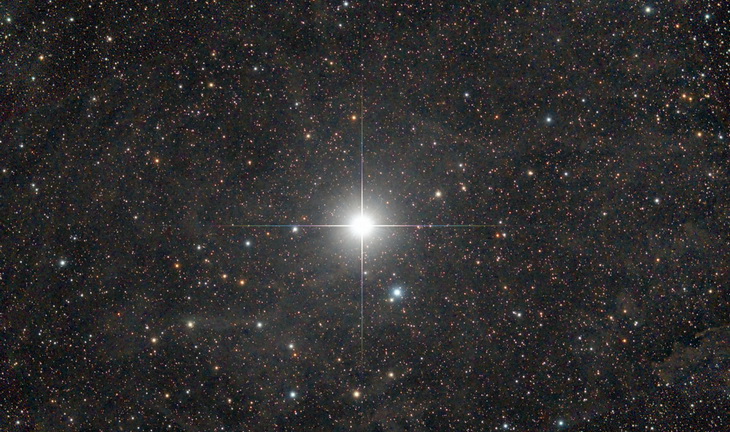 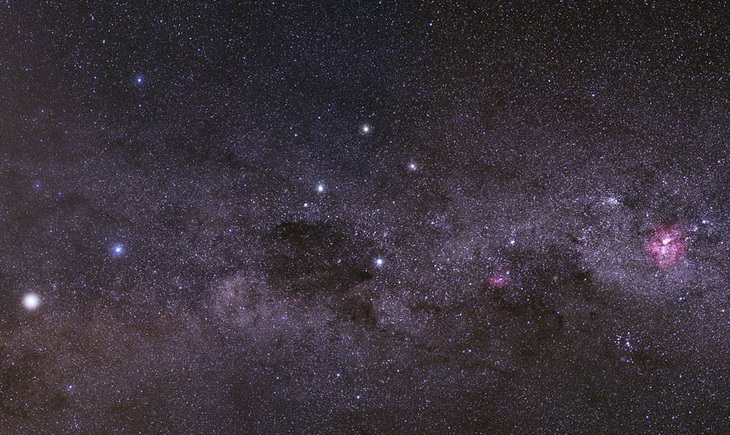 First, identify the four characteristic stars. The two brightest and biggest stars make up the vertical length of Crux. Using your finger or another object, measure the length between the top and bottom stars by fully extending out your arm and marking the length. Then, from the bottom star known as Acrux, go about five times the length of the constellation. 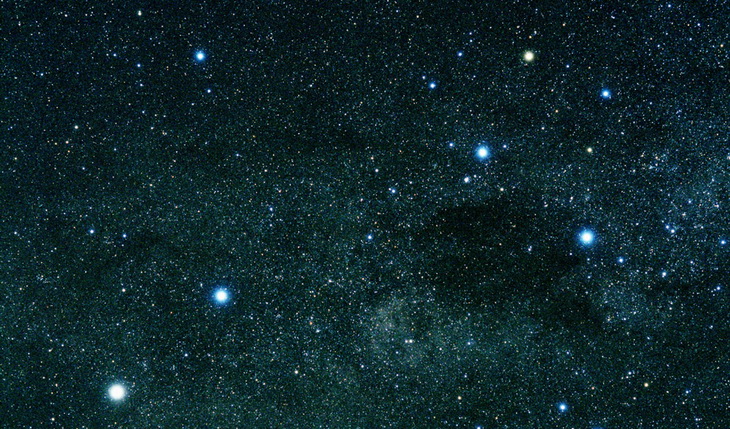 Take a few minutes out of your nightly routine to go outside.  Practice locating the helpful constellations on your own time, when you aren’t in an emergency situation. Bring a compass, outside with you and observe.  Watch how some constellations move across the sky over time.  Look at which way they move as time passes by using the compass to help you. Our article on how to use a compass will help you learn this navigation tool, so check it out. 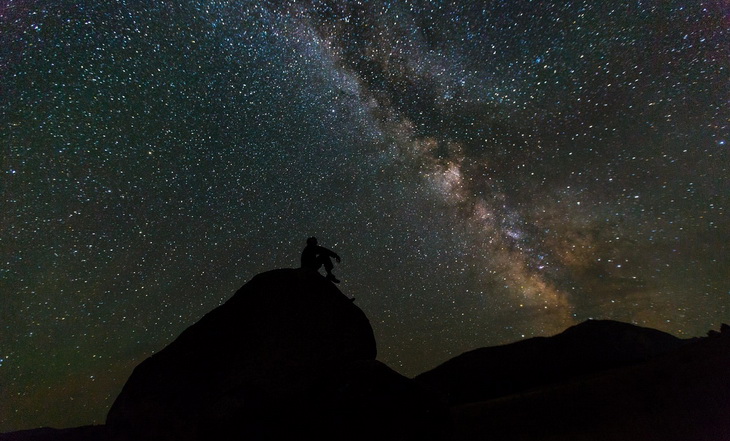 Consider investing in a book about constellations, printing out a star chart, or just doing some simple research.  The more familiar you are with some of the more easily observable constellations, such as Orion, Gemini, the Big Dipper, the Little Dipper, or the Southern Cross, identifying these constellations will become second nature.  Learn to spot some of the planets that have characteristically identifiable colors such as Mars, which looks like a fiery red star, or Venus, which is ultra bright and looks pure white.

One final tip for navigating by the stars is to pick a point on the horizon, if possible.  If you are in a thickly wooded area, this may be a bit hard to do.  However, if it is possible, find an oddly shaped tree or some other definitive object on the horizon as a destination point.  If you are trekking out at night, check your direction periodically by employing one of the above methods to ensure you haven’t strayed from your path or planned direction. For more tips on how to survive in the wild, see our previous article on this all-important topic.

We cheer for adventure and are major proponents of encouraging people to enjoy the beautiful outdoors.  Observing the night sky in all its beauty, the planets and infinite stars is one of the many ways to experience nature.  After all, the word planet is derived from the Greek word for ‘wanderer’, and we hope you are inspired to do some wandering on your own.

To learn more about hiking at night, read our article for your safety. We hope that you found our article to be informative and that you will share it on social media so that more people will familiarize themselves with these simple techniques on how to navigate by the stars.  If you have some questions, or have any tips of your own, feel free to leave them in the comments section below.  We will attempt to answer your questions or concerns as soon as we can.  Thanks for reading!