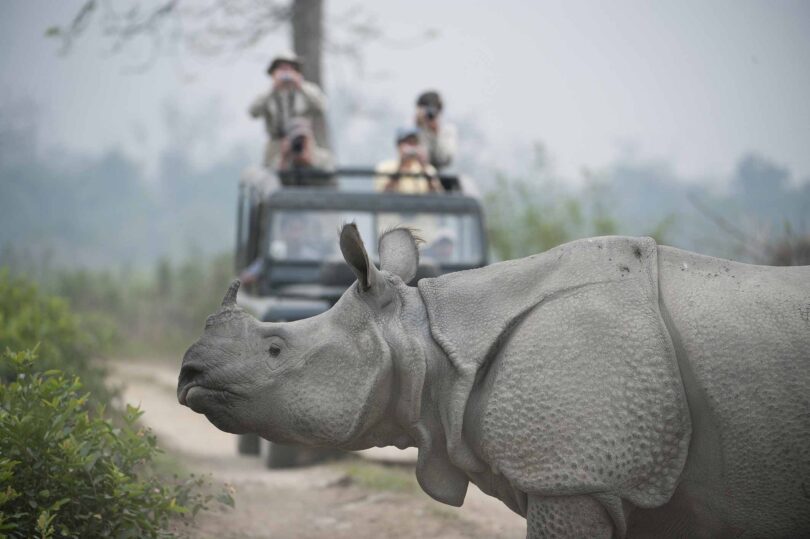 The well protected National Parks of India and its close neighbors are blessed with an abundant and diverse variety of flora and fauna which has led to an increasing popularity of visits to these sanctuaries and also due to the excellent infrastructure in place.

These carefully picked wildlife hotspots in the Indian subcontinent will make you grab your camera and bags and catch the next flight out for a safari to any of these epic jungle locations.

Jungle safaris in the National Parks of India are mostly allowed in a fixed number of registered vehicles. Be sure to book well in advance online through providers like Far and Wild Travel, if you intend to visit one, as they tend to sell out very fast. 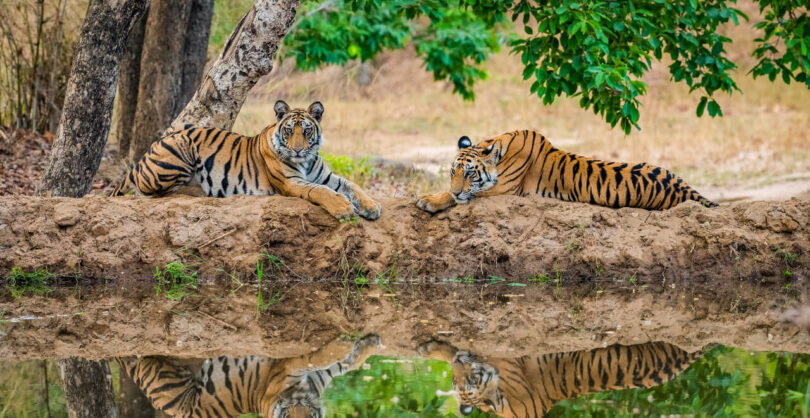 Opens from October 1st to June 30

The principal inspiration behind Rudyard Kipling’s famous classic “The Jungle Book”, the beautiful Kanha National Park in Central India is known for the high density of the tiger population present there. The park is divided into four zones, where visitors are taken on a safari in a limited number of open topped vehicles in the company of a knowledgeable naturalist.

Apart from over 200 bird species, other prominent animals which can be spotted here are the Indian bison, sloth bear and leopard as well as the highly endangered and elusive Indian wild dog or the dhole. Kanha National Park has an excellent infrastructure for wildlife viewing and this has made it into one of the best national park, not only in India, but throughout the world.

Opens from October 1st to June 30

(Morning safari only on Wednesdays)

With the historic Bandhavgarh Fort towering in the background, the 1536 sq km Bandhavgarh National Park, also in Central India,is also home to a healthy population of tigers, apart from other animal and bird species. The sprawling forests which were former hunting grounds of the royals, today harbor 36 animal species, over 250 varieties of birds, not to forget 80 different butterflies, to ensure an engaging wildlife experience.

The Bandhavgarh Fort is of mythological importance and recent archaeological explorations have unearthed a treasure trove of ancient sculptures. April and May are the best months to visit Bandhavgarh if you want to spot the big cats as they are often found near the waterholes.

Minneriya National Park is located in the north central part of Sri Lanka, approximately 190 km from the capital Colombo. Though at 90 sq km the park is small in size as compared to others, it more than makes up with fabulous sightings of mega herds of elephants which congregate here, especially during the dry summer months, for food and water which is found in abundance here. The added attraction in Minneriya is the option of going on a sea safari to look for blue whales and sperm whales. Both leopard and sloth bears have been spotted on the safaris as well. 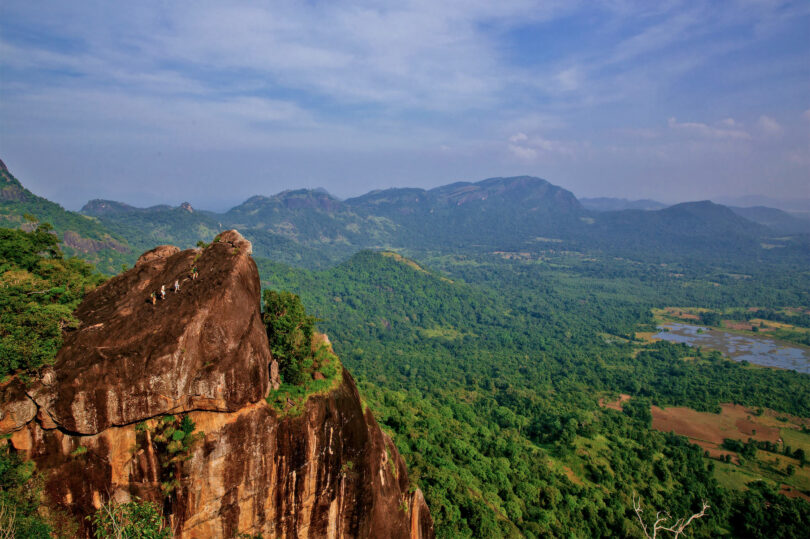 Spread over an area of about 25,000 hectares, the Gal Oya National Park, 376 km northeast of Colombo, is the other National Park where visitors can go on both jeep and boat safaris, which unquestionably is the highlight of this park.

Gal Oya sits on the vast Senanayake Samudra reservoir and a boat ride on the waters offers a unique but unhurried experience to explore some of the country’s wildlife. While the birdlife is diverse, large sightings of elephant herds are undoubtedly another major attraction of this sanctuary. Moreover, the Veddha tribe are to Gal Oya, and one may even get an opportunity to interact with them and gain an insight on their way of life. 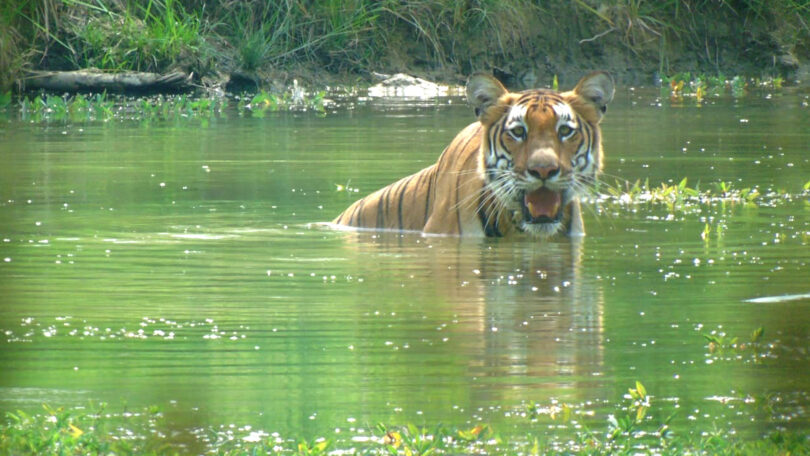 Covering an area of roughly 953 sq km, the Chitwan National Park was established in 1973 primarily as a safe abode for the critically endangered one-horned rhinoceros. Declared a UNESCO World Heritage Site in 1984, most activities around Chitwan involve bird and wildlife spotting.

There are a number of options to experience Chitwan, be it by keep, elephant, canoe rides, walk or on an ox-cart. This large playground for animals is also home to the royal Bengal Tiger, leopard, sloth bear and nearly 544 different species of birds. 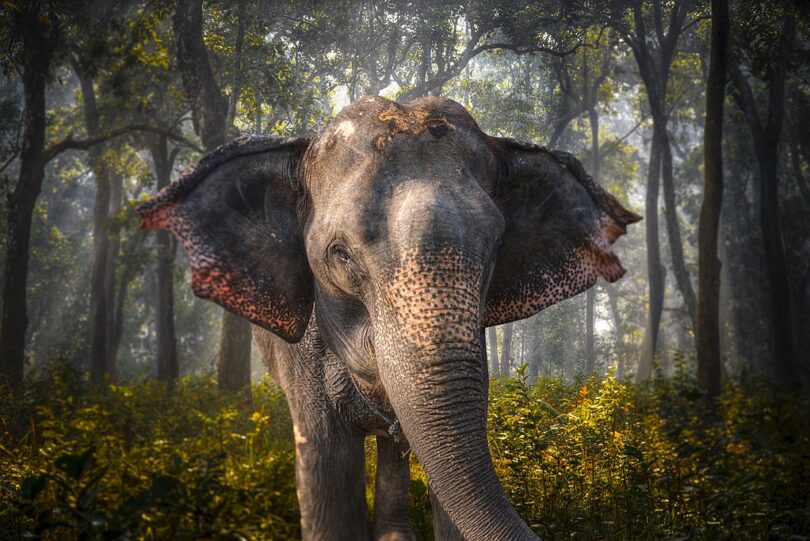 Bardia National Park in western Nepal was originally established to protect the different ecosystems of the area and as a haven for the royal Bengal Tiger and its prey. Lush green forests and riverine woodlands has made Bardia one of the finest in Nepal and one which protects a wide range of animals like the rhinoceros, elephant, tiger, swamp deer, gangetic dolphin and the gharial crocodiles.

The area of 968 sq km has made Bardia one of the largest parks in the lowlands of the Terai. Incidentally, Bardia is home to the largest population of Asian elephants in Nepal.

Spread over a 1000 sq km, the Royal Manas National Park of Bhutan is the oldest protected area of the country, founded way back in 1966. Designated as a UNESCO World Heritage Site, the park shares its borders with the Mana river on the northern border with India.Thanks to the excellent conservation efforts of the Government, the park has become an outstanding example of respect to nature. Some iconic animal species found here are the rhinoceros, Himalayan black bear, clouded leopard and the endemic golden langur. Over 200 resident and 165 migratory bird species have been recorded in Manas. 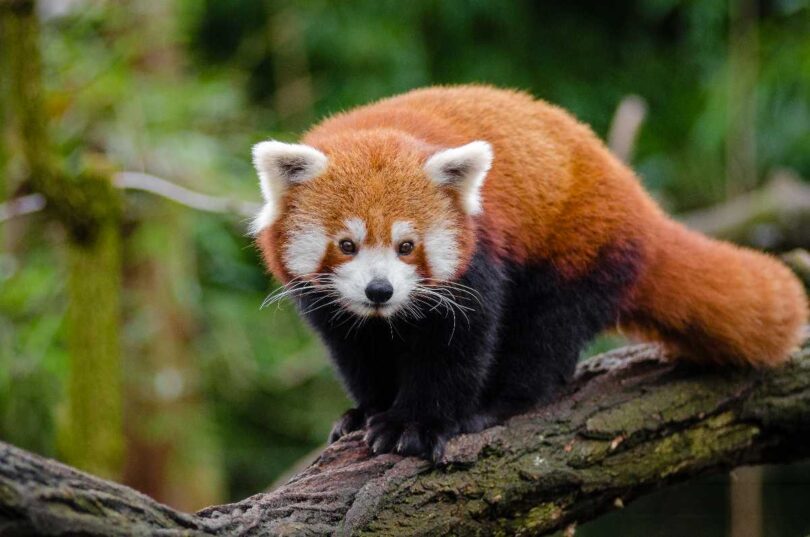 Located in the north-west part of the country, the Bumdeling Wildlife Sanctuary is spread over a wide area of about 1545 sq km. The park shares its borders with Tibet in the north and India in the north-east.

The sanctuary has become a safe haven for over 100 species of mammals, some on the highly endangered list like the red panda, snow leopard and the royal Bengal tiger. Of the 300 bird species found here, a large flock of the rare black-necked cranes winter here in the sanctuary. Needless to say, sightings of these endangered birds are high on the top of every visitor’s list. Furthermore, the Rigsum Gompa which is located inside the sanctuary is a stunning monastery and a must-see on a visit to Bhutan.

A trip to the Indian subcontinent, besides beautiful natural spaces and wildlife, offers a wealth of opportunities to experience the cultures of its thriving cities. So irrespective of whether your craving is natural or spiritual, be sure your trip to this part of the world is going to be a memorable one.