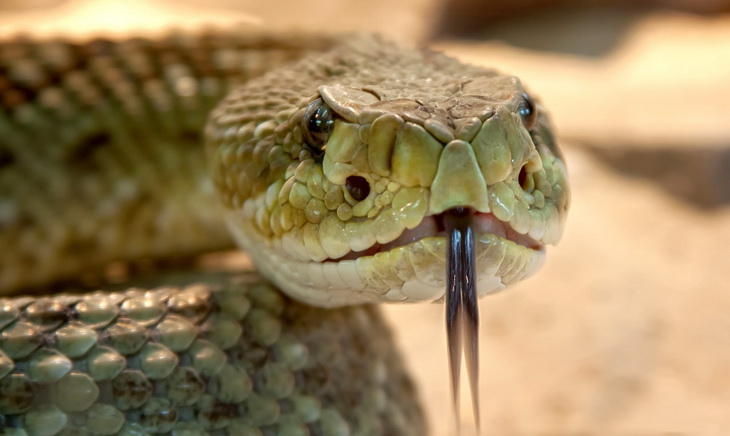 Hopefully, what you’re about to read will never have to be put into practice.  Receiving a snake bite out in the wilderness is worst-case scenario.  However, it is important to stay informed and prepared, just in case you do have to administer snake bite first aid. Not unlike learning CPR, it’s good to know how to do it, you just hope that you never actually have to do it. First and foremost, never hike alone!  Always have a buddy, safety in numbers.  Secondly, always tell someone else where you’re going and for how long you’ll be gone.  If you’re not returned by the time you said you would be, chances are that something went awry.  Having someone else know your general whereabouts, can cut down on valuable hours if indeed you do need rescuing. Also, wear protective clothing. Our piece on the top clothes for hiking will offer more options for you.

Getting to Know Your Snakes

There are about 50 different species of snakes found in the United States.  Less than half of those snakes are poisonous.  That’s still 20 different types of snakes slithering around that can potentially be fatal!  Most of the bites are caused by rattlesnakes, though coral snakes, cottonmouths and water moccasins (a venomous snake that traverses the water and land) can do their fair share of damage. Keep in mind that snakes only attack when they feel threatened.  Not all snakes will deliver deadly amounts of venom with each bite, as they save their venom supplies for hunting and debilitating prey.  More information on dry bites is detailed later in the article.

While we don’t recommend getting up close and personal with a snake to see if it’s venomous or not, there are some telltale signs on which snakes to give a wide berth, and which snakes pose less of a threat.

A pit viper refers to a snake with distinguishable heat sensing pit organs located on the side of the head between the eye and nostril (one on each side).  The purpose of this organ is to allow a snake to accurately strike its prey or predator by sensing exactly where the heat is radiating from. 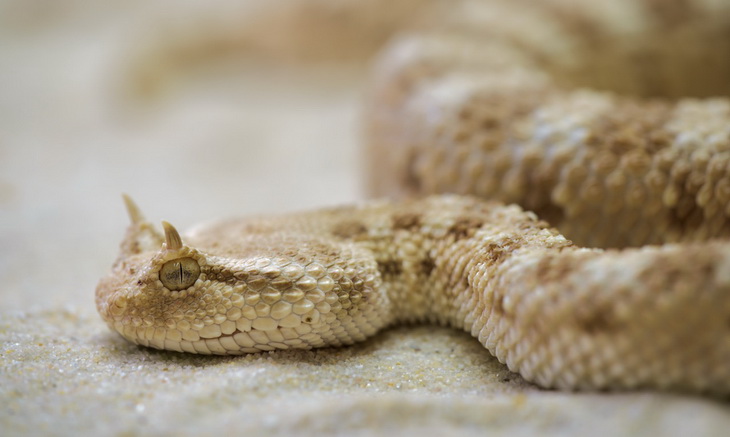 These sensors are very precise, and can detect even the slightest change in temperature. 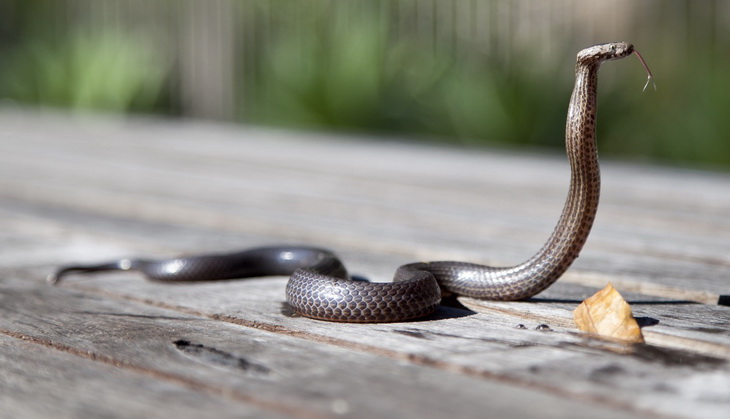 This list is by no means comprehensive.  There are hundreds of other dangerous vipers spread throughout the world.  There are volumes of books and entire college courses dedicated to the study of snakes.

We understand that you don’t plan your day expecting to get bitten by a snake, especially a poisonous one.  You also may not be thinking that prevention tactics are useful in snake bite first aid. 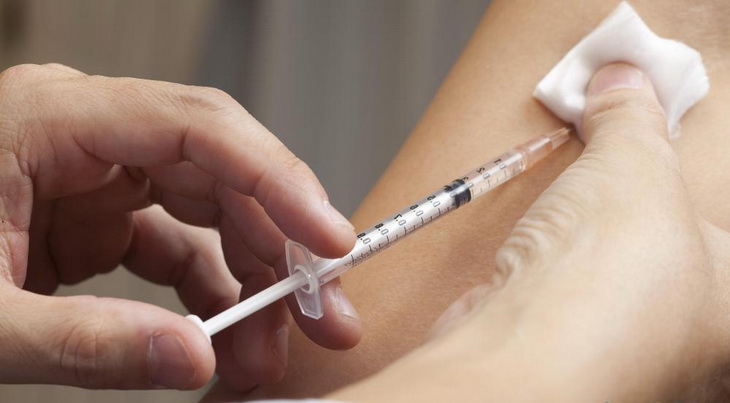 At this point, you have taken all the necessary precautions, have familiarized yourself with the dangers of venomous snakes, and were trying to enjoy some time in the great outdoors.  But, as luck would have it, you or someone in your party inevitably fell victim to legless carnivore.  First aid for the snake bite should be administered quickly and calmly.  If it has been established that the snake bite was from a nonvenomous snake, it is still important to follow the proper first aid instructions to prevent any possible infection. Any open wound in the body, whether from a scrape, laceration, or wild animal bite, must be treated with haste or the possibility of infection expounds. 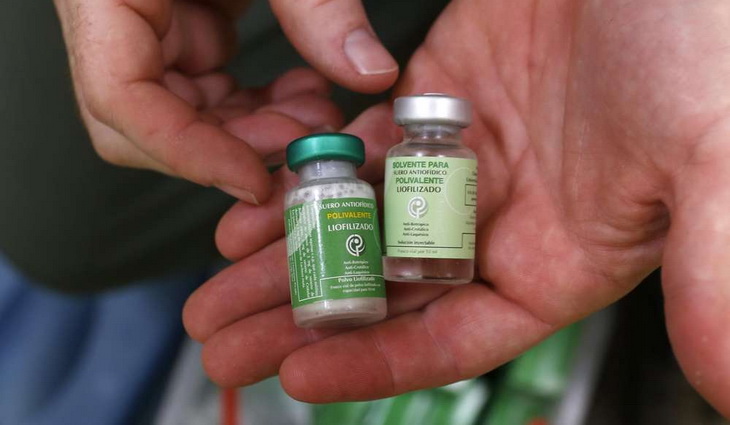 The main priority for a snake bite is getting to an emergency room.  The only way to successfully recover from a venomous bite is to receive antivenom from a medical professional.  Follow these first aid instructions while making your way to an emergency room:

If you are absolutely certain that the snake was harmless, but it still bit (which can happen), follow these slightly less dire set of first aid tactics:

For a list of medical essentials for hiking first aid kits, see our previous article on this important topic. 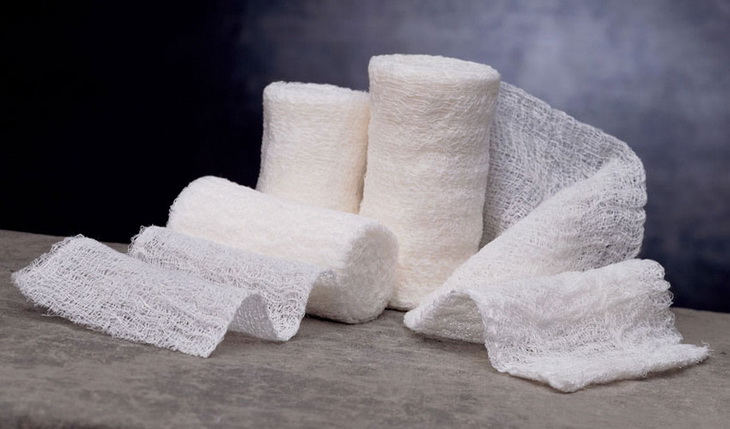 Here are some things not to do in any circumstance:

What to Expect – The Symptoms

Symptoms for snake bites can vary from individual to individual, and also depend on the type of snake, the amount of venom injected (if any), and the potency of the venom. Elderly people and children are more susceptible to bad reactions.  The same bite delivered by a poisonous snake may have a negligible effect on a healthy, middle aged individual, while it could be deadly for a child.

Venom travels through a person’s lymphatic system.  Lymph nodes are organized throughout our bodies by the hundreds, and one of their main purposes is to deliver vital fluids (not blood) to the heart.  As such, the venom that is introduced to the lymphatic system can reach nearly every corner of the body (including the brain) causing severe damage if not treated with an antivenom in a timely manner. 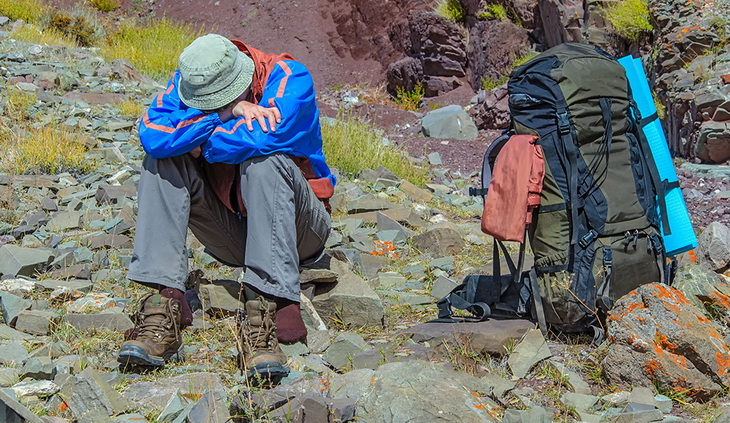 After a snake bite, if venom was indeed spread, the victim might begin to suffer from these initial symptoms:

More severe symptoms which can potentially develop after the bite include:

Snake bites may also bleed a little initially, and bruise.  If there is excessive bleeding, apply pressure with a clean bandage until the bleeding stops.

Even if you received a snake bite from a pit viper (rattlesnake, copperhead) or other venomous snake, there is a high chance that it was a dry bite, meaning no venom was injected into your body.  That’s not to say the bite isn’t painful, it’s probably very painful, and there is a good chance the bitten area will redden and swell.  However, a dry bite is not life threatening.  Professionals sill recommend treating the bite as if it were venomous, elevating the bite and wrapping in bandages while making your way to the nearest emergency service facility. 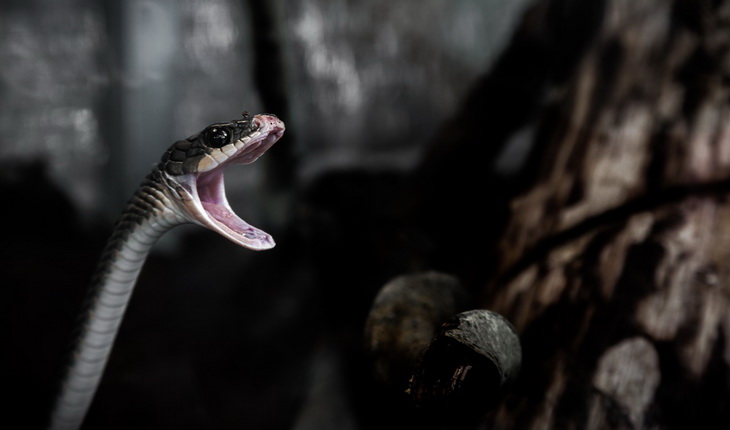 Sometimes, the symptoms of a venomous bite will not manifest at first, it may take up to eight hours for symptoms to appear.  If there are no symptoms for eight hours, post bite, the bite was likely dry.  If such is the case, closely monitor the bitten area, checking for any swelling or discoloration.  If the swelling does not increase or become very red, then you’re safe to go about your day.  The site will more than likely bruise over time, as bruising occurs whenever there is a blood vessel breakage (from fresh cuts or localized impacts).

In any case, the number one thing to do after being bitten by a venomous snake is to seek immediate medical attention.  Dry bite or no, it’s not worth the risk to wait and find out if you were infected with snake venom. For more information on what to do if a rattlesnake bites, see our detailed piece on the topic.

Always take preventative measures first.  Never hike alone, wear protective footwear, and keep your wits about you.  If you can prevent a snake bite by being cautious and follow practical common sense, then do so at all costs.  If the unfortunate happens, your main priority is to get help from medical professionals.  However, we understand that isn’t always as easy as it sounds.  Staying calm and getting to a safe place, are the best snake bite first aid measures you can perform.

For more tips and guidelines on how to have an injury-free camping adventure, see our article on safety. 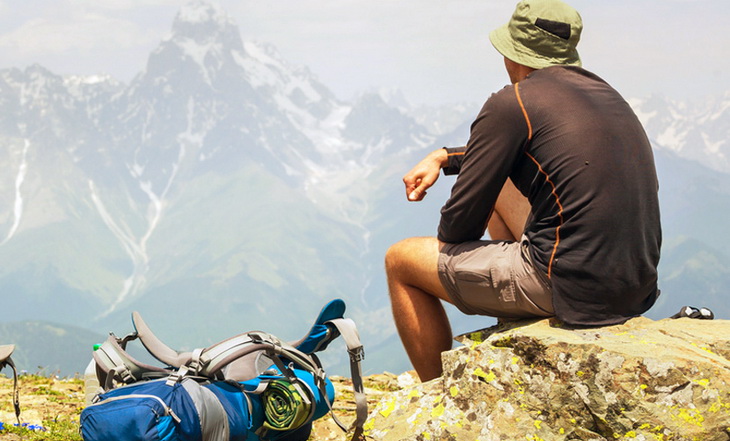 We hope that you found our article to be informative and that you will share it on social media so that more people will get familiar with this topic and know what to do in case of a snake bite. If you have some questions, feel free to leave them in the comments section below and we will try to give you an answer as soon as possible. Thanks for reading!